A light and refined coffee table that finds its expressive power in the masterful use of lacquer, Louver features legs in solid Liquorice-coloured ash supporting a flared top that appears to rest delicately on top, as if it were a tray. Designed in three different heights with three different diameters for the top, it is also available in an oval version.

Like the other furnishing pieces in the 2022 Collection, Louver is clearly inspired by the 1970s, a reference underlined by the lacquering of its top in Cappuccino, Chestnut, Malachite, Moka and Army Green, mixed with the more rational taste expressed by its clean, minimal forms.

The nuances of the top reinterpret the Seventies vibe with a surface effect that moves the lacquer, making it not only shiny but also strongly textured. The combination of rational shapes and the discreet decoration of the top make it an unexpected coffee table, rendered elegant also thanks to its polished wood legs. Of all the coffee tables in the collection, it is the one with the most decorative inspiration, but always calibrated with a modernist taste, imbued by the combination of the thickness of the entire perimeter of the top and its surface. 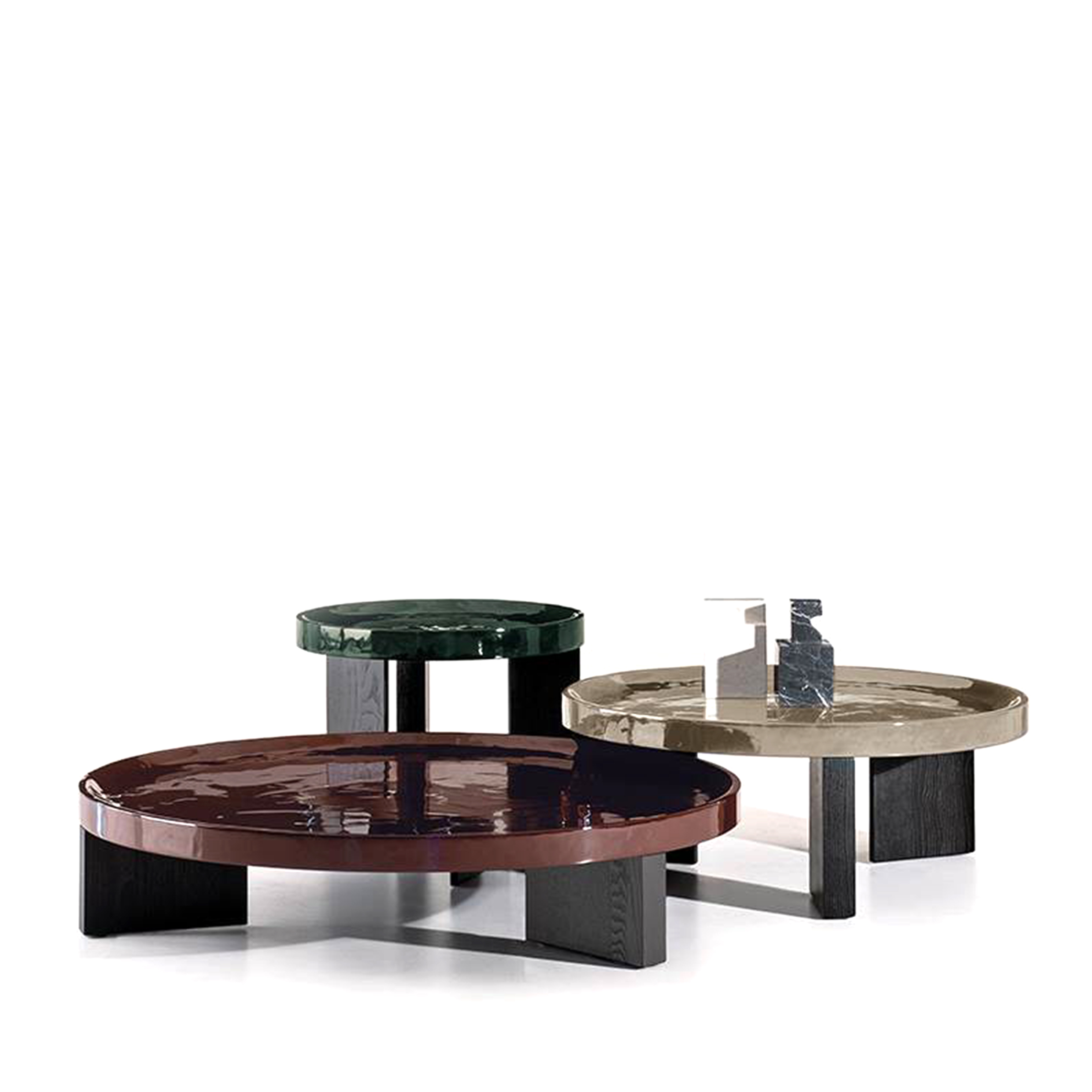 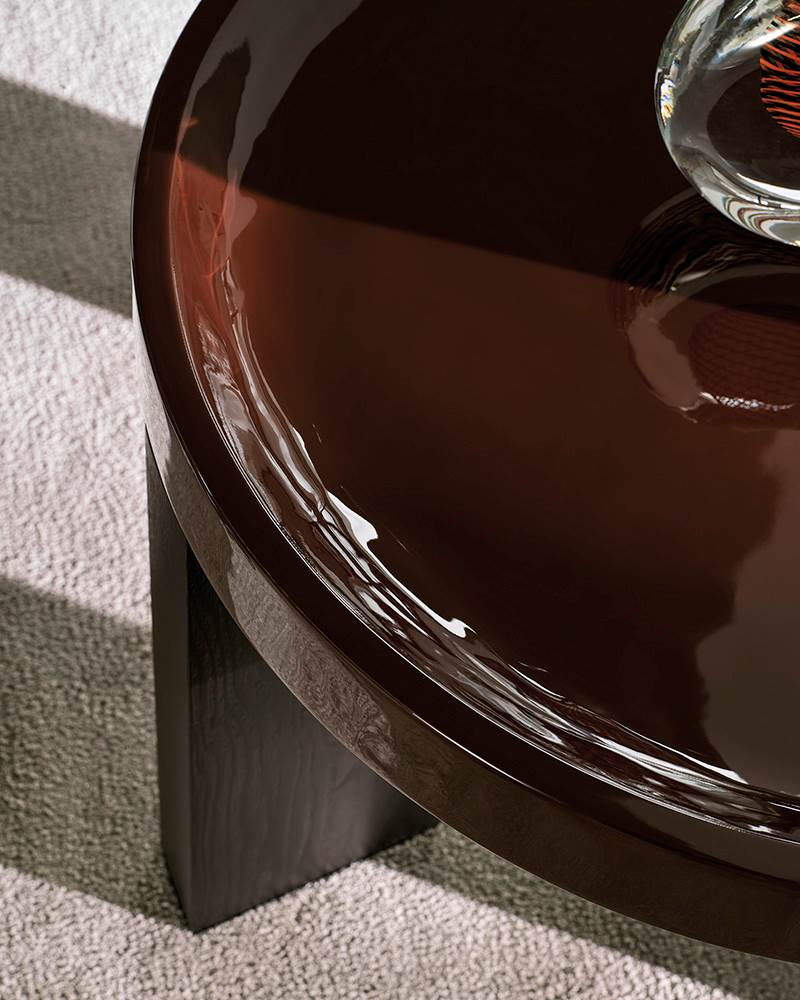 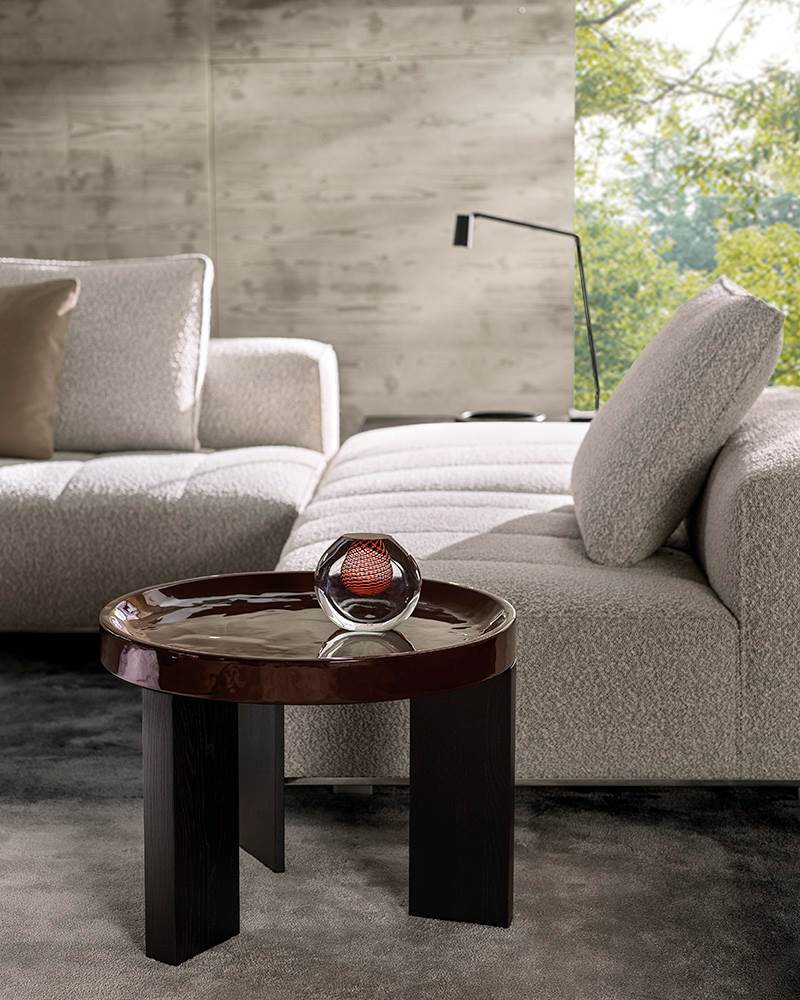 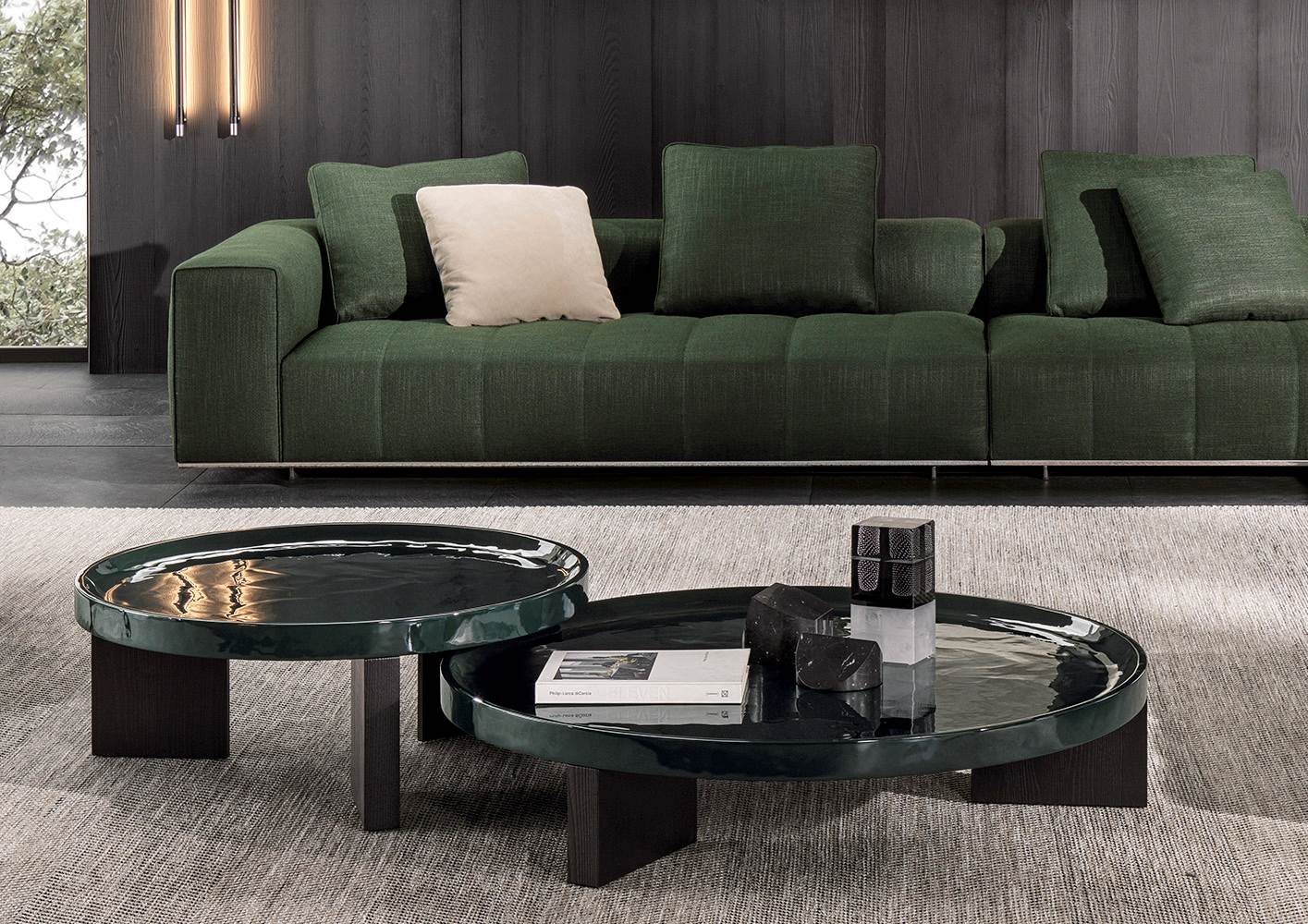 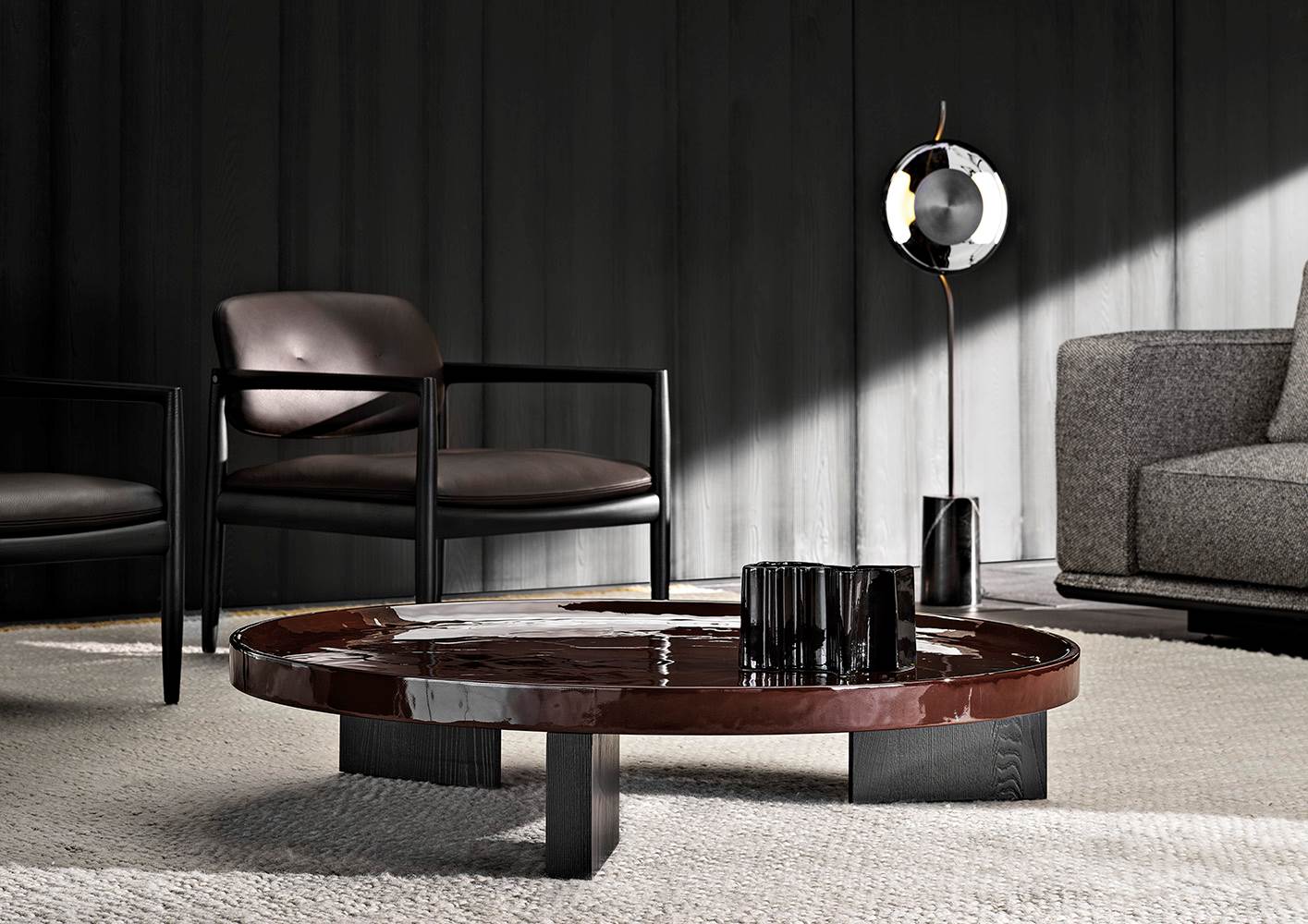