38 pushes the glass fabrication technique originally developed for 28 to its technical and material limits. A stiff copper tubing system provides electricity and suspension, enabling compositional freedom on either the horizontal or vertical plane. The copper tubing crinkles and bends during installation, occasionally supporting a small standalone planter (called a “moon”), which appears to have escaped the confines of the nearest 38 sphere.

The 38 series is an extension of the blown glass technique introduced in the 28 series. In this case, there are 4-6 cavities blown within each pendant, 3 of which house light sources, while the remainder are deep enough to house plants. Electricity and suspension are achieved using stiff copper tubing, which is allowed to tangle and crinkle, seemingly without regard for gravity. Once in a while these copper tubes loop around moon white planters, which appear to have escaped from the confines of the lit clear glass spheres. The 38.11 is designed to be used in applications where the intent is to create a horizontal spread of pendants and foliage. This chandelier works best in groupings where the copper can be manipulated between multiple canopies to allow for limitless composition.
Popular residential and commercial applications include clusters over tables in dining rooms and restaurants, accessory lighting in living rooms and baths, linear configurations over bars and kitchen islands, large clusters in foyers and lobbies in both private and public spaces, as well as single chandeliers as points of interest. 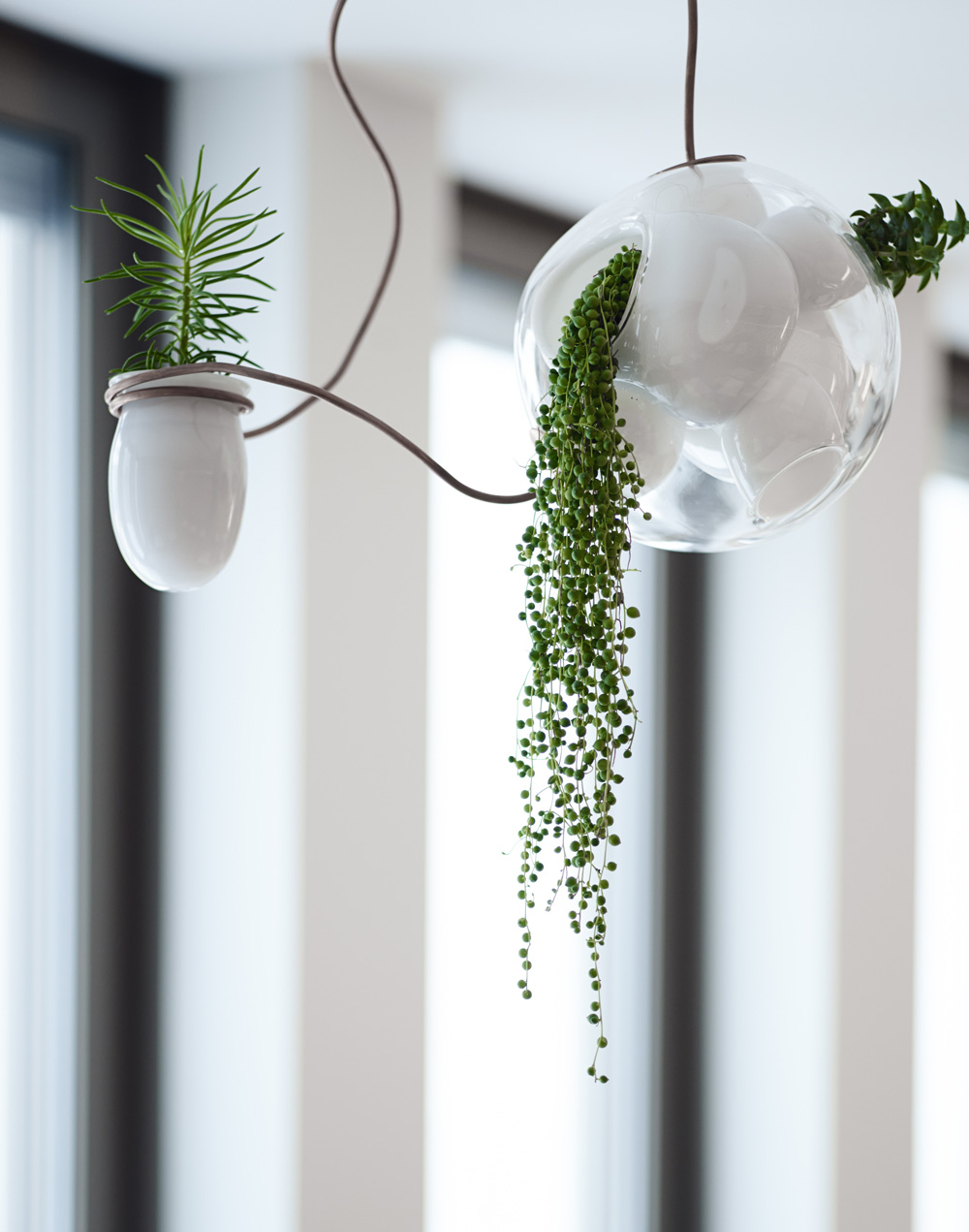 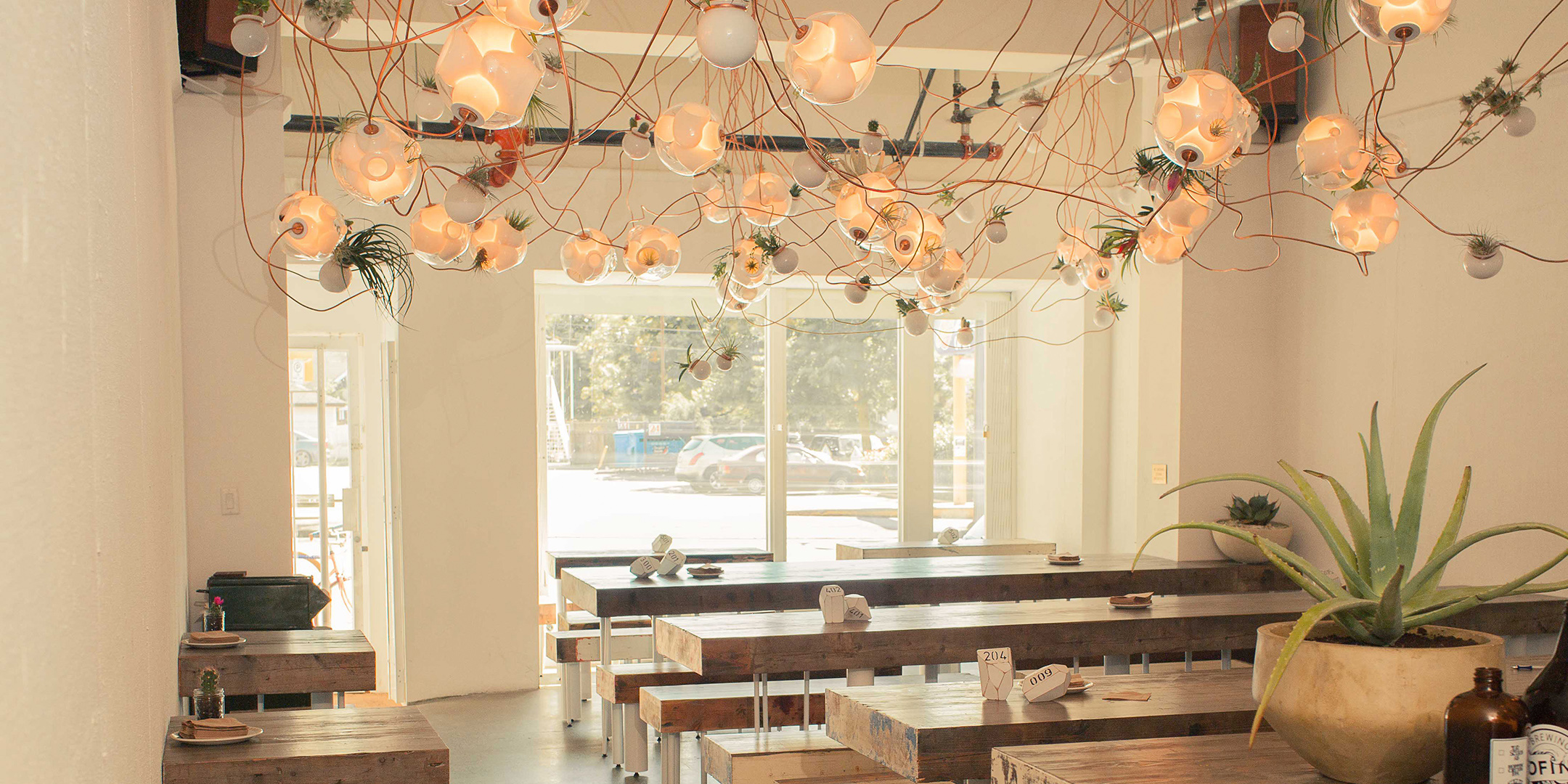 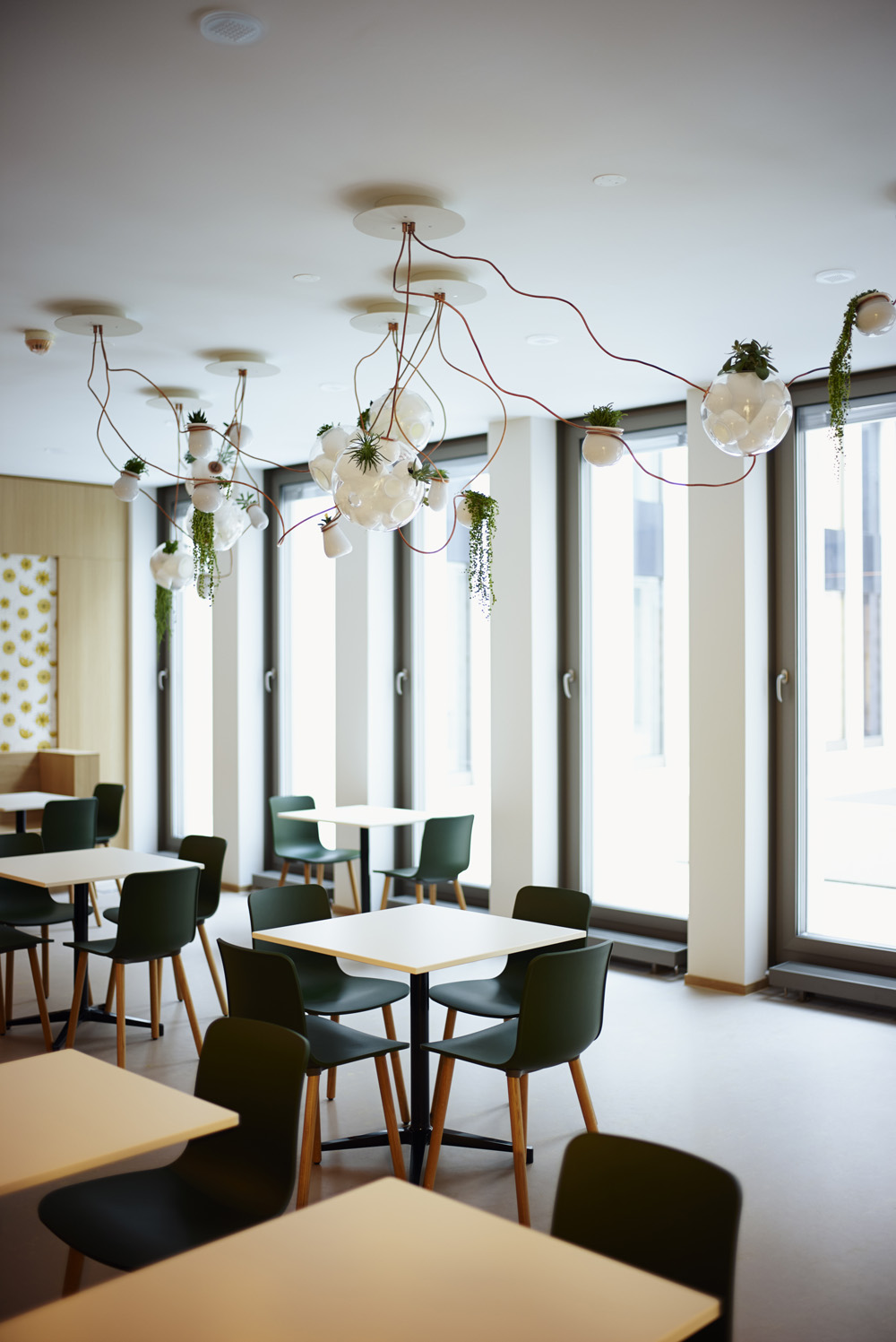 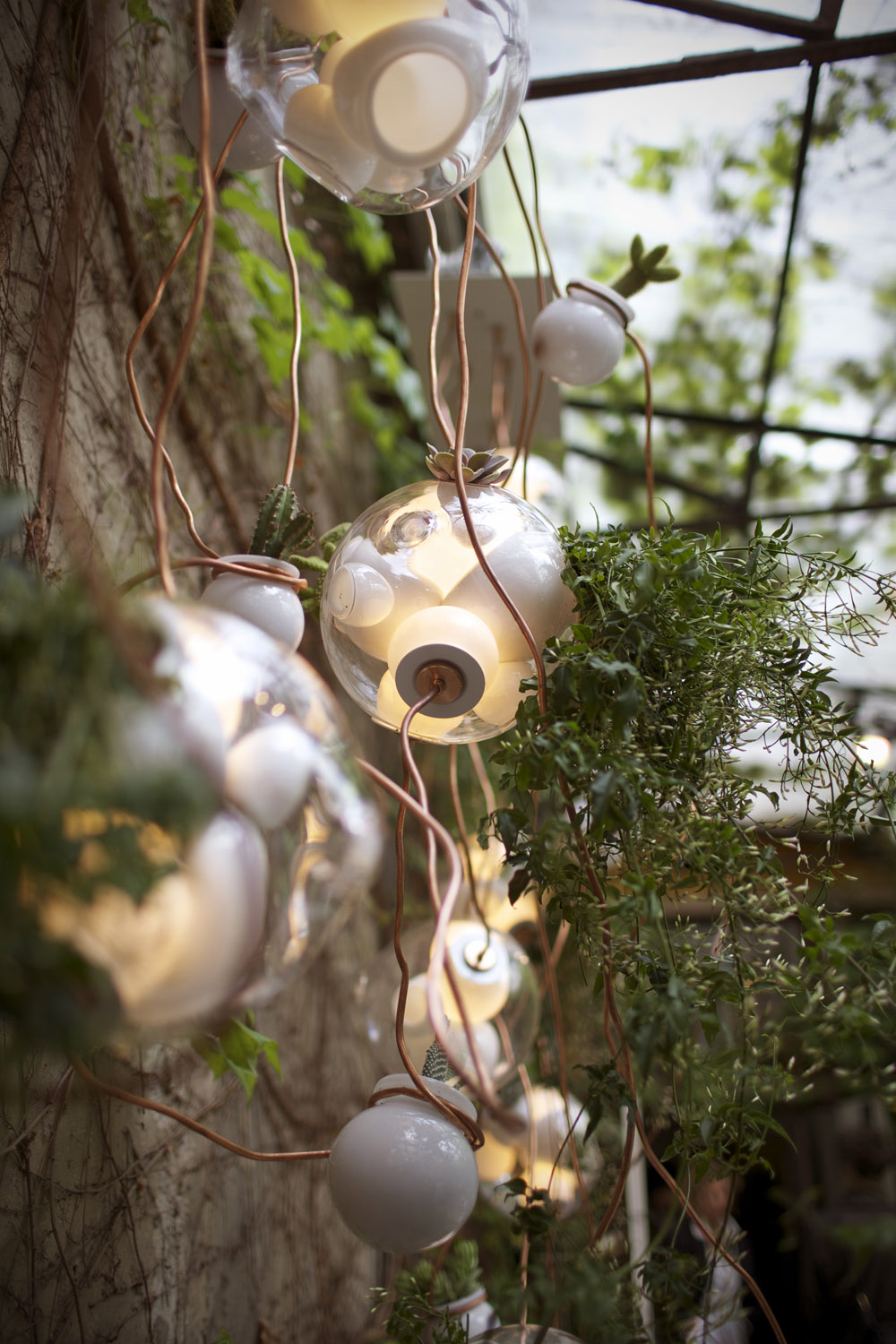 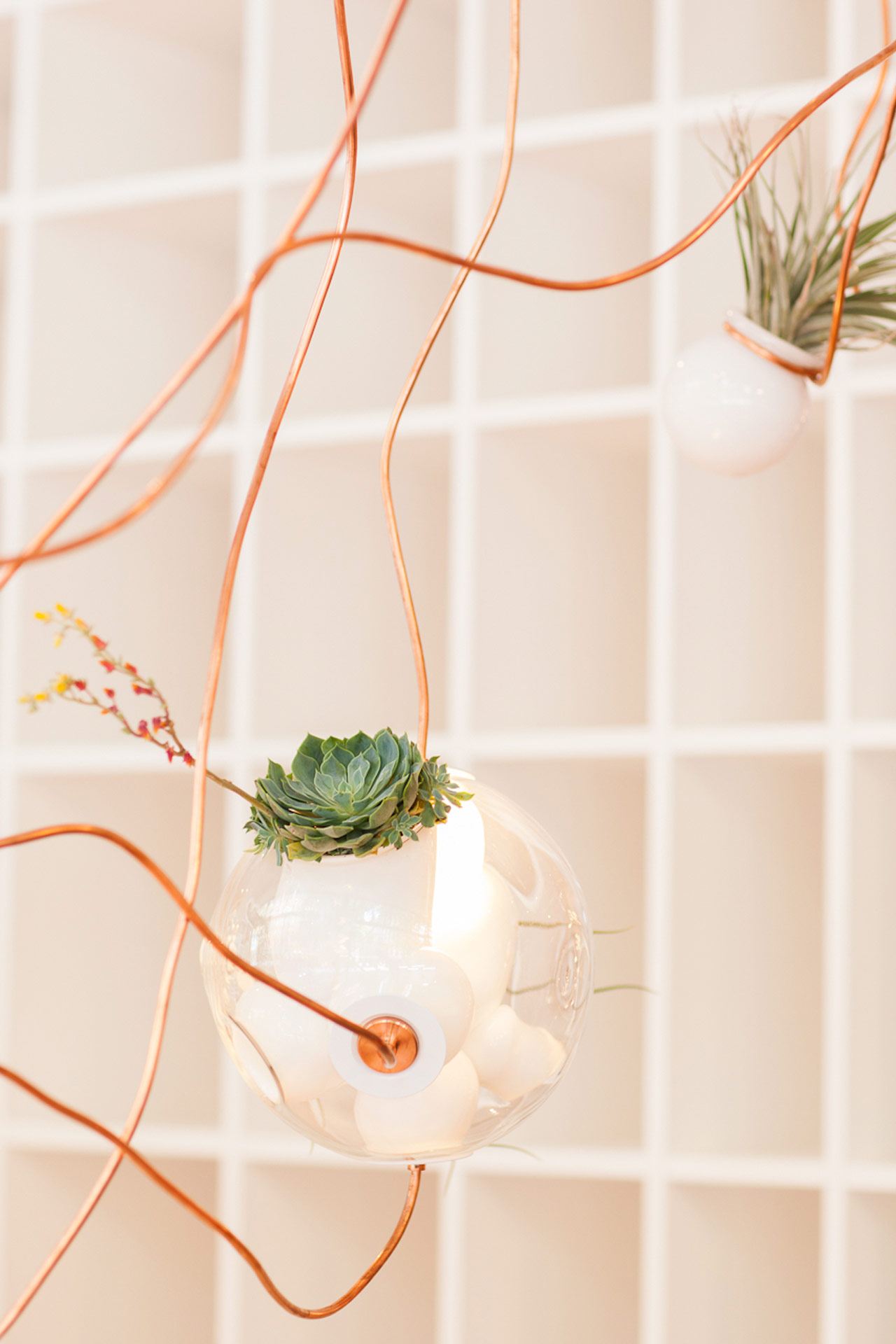 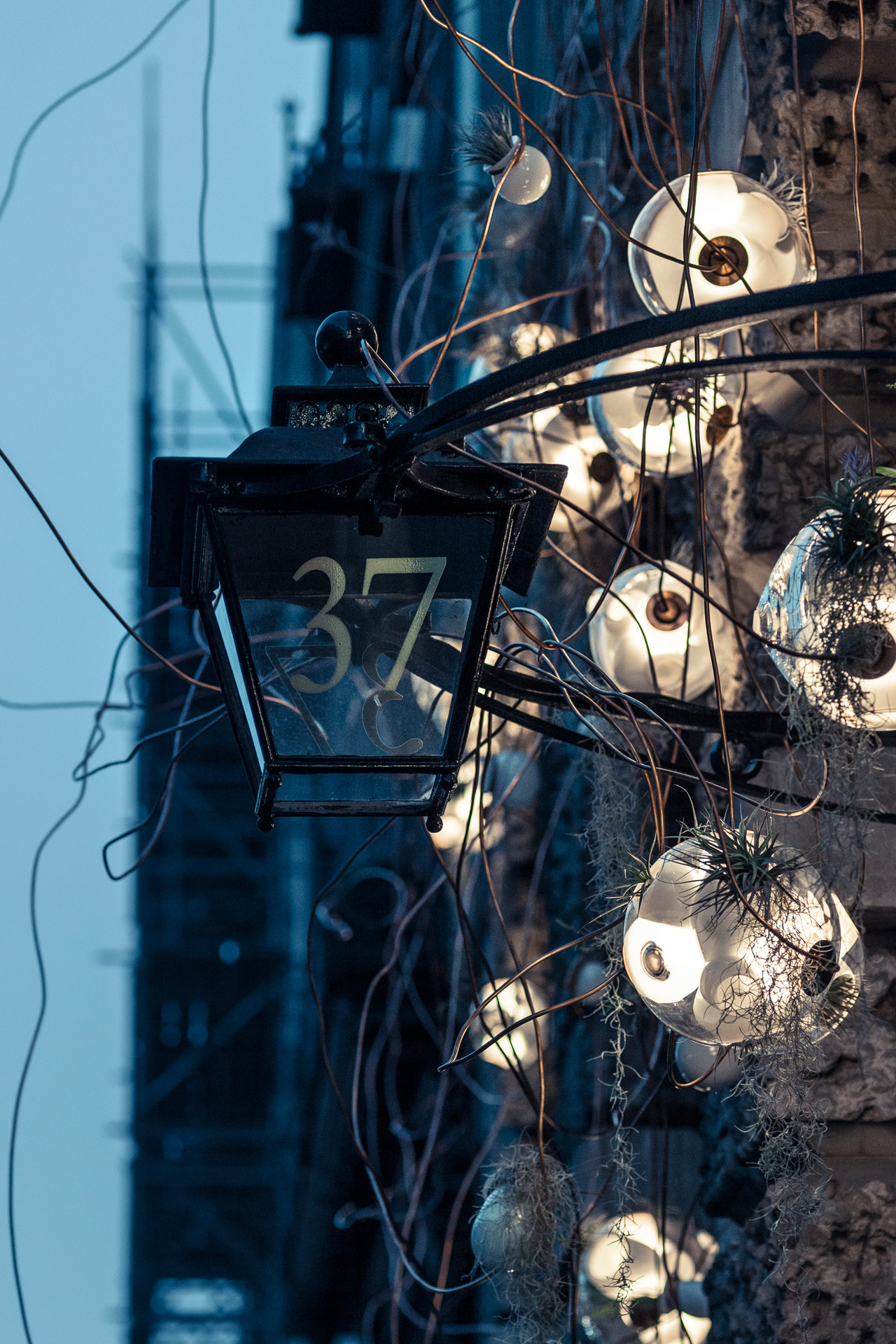 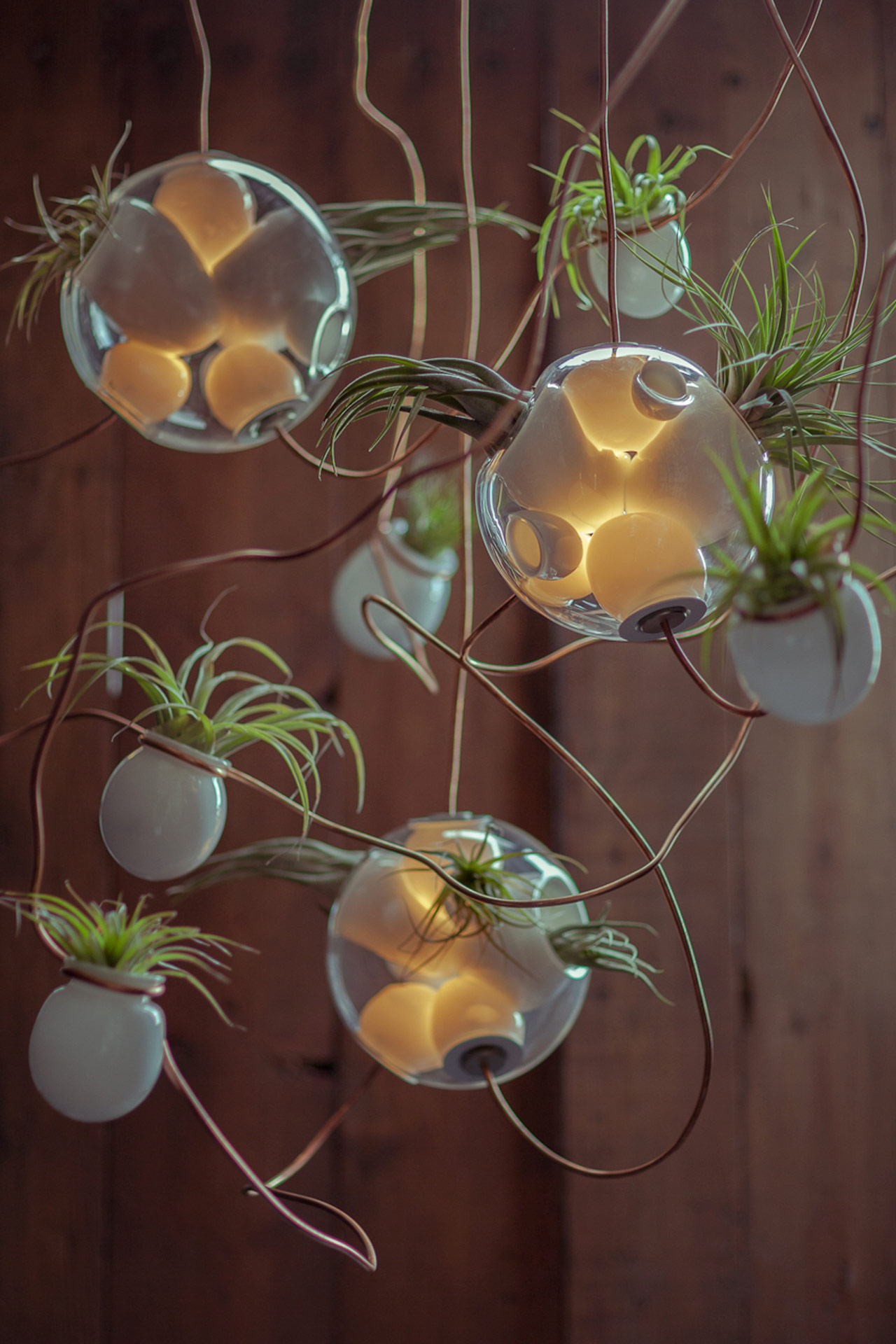 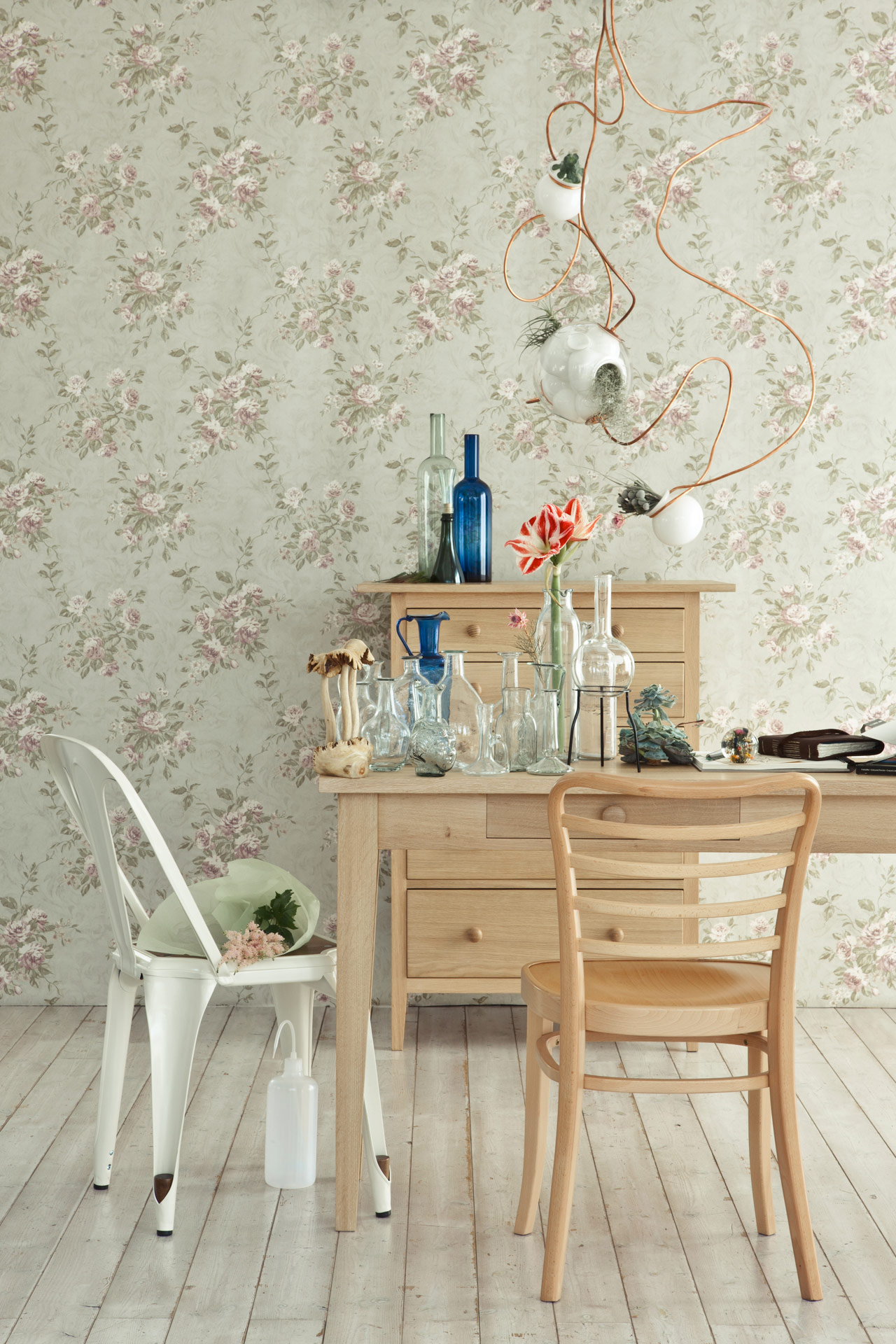 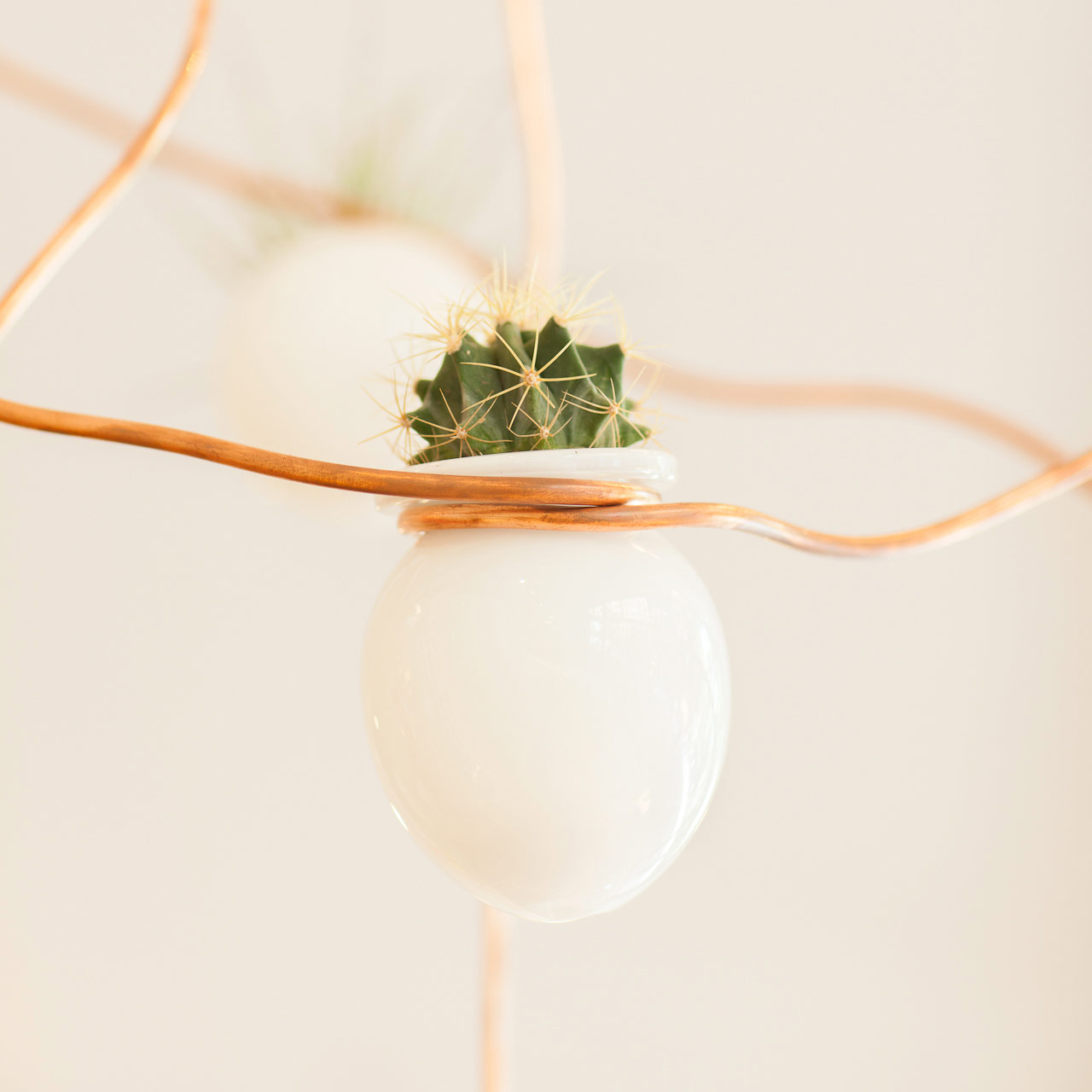 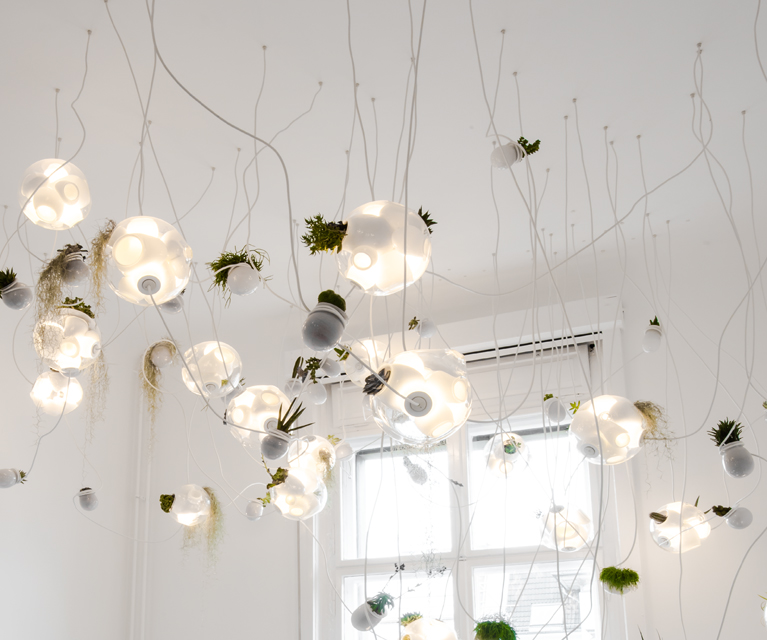 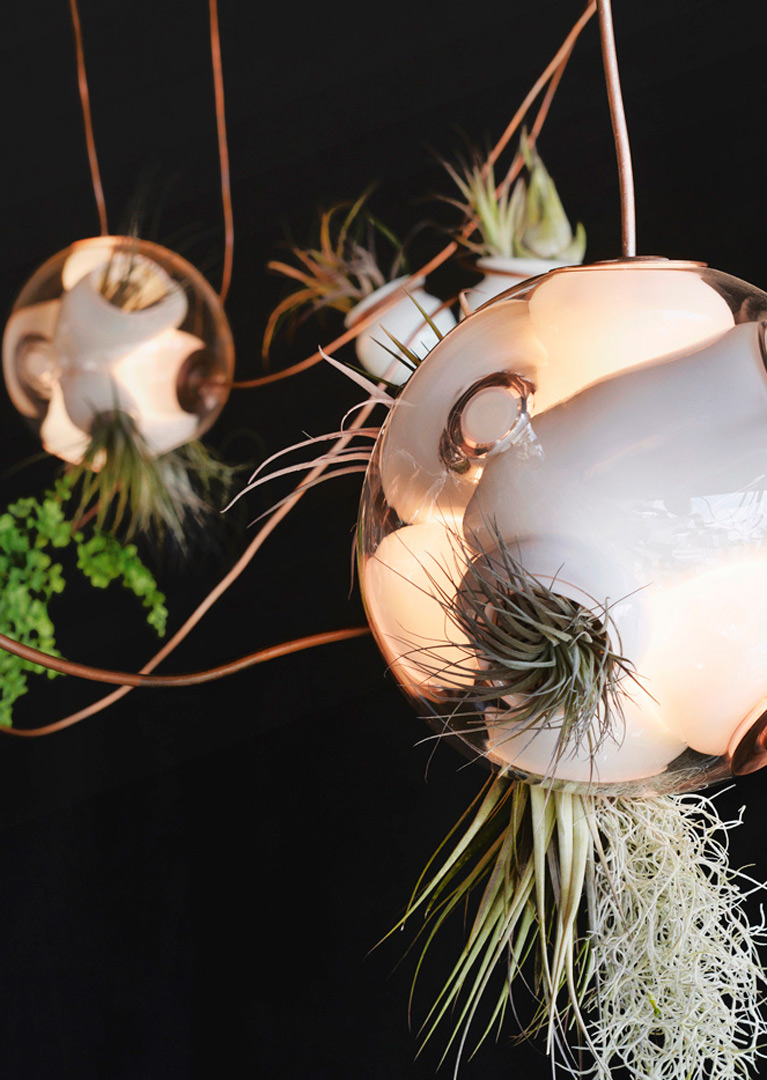